There's a lot of weird things people sell on eBay.

Gum chewed by celebrities, air in a jar, used underwears, human waste, dandruff and remember when a ten-year-old tried to sell her Nan on eBay, and they had to take the listing down because of human trafficking offense? That was fun.

This guy, who's from Ontario in Canada, is trying to sell McDonald's meal which is six years old on eBay.

Yes, that is correct! 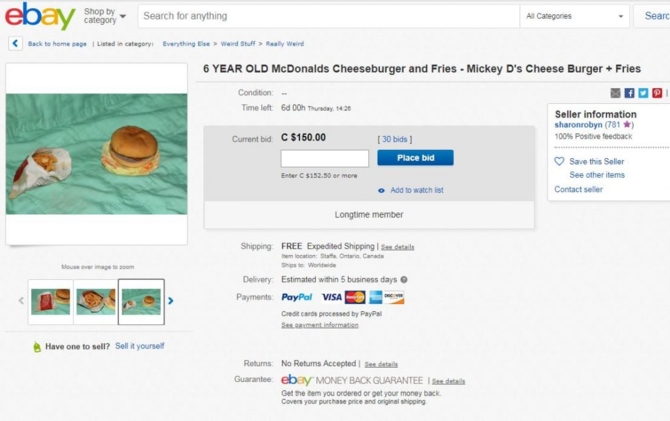 But, I have a lot of questions in my mind... 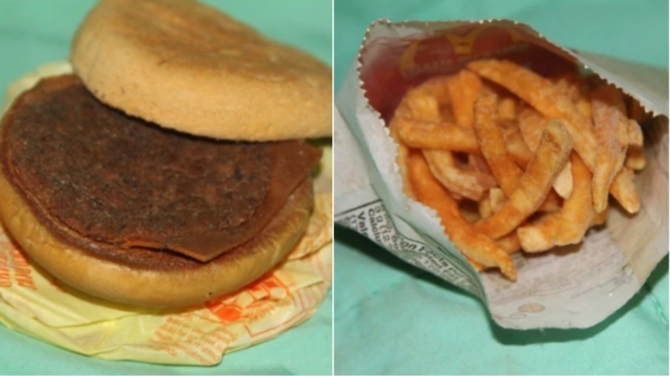 Like, why has he hung onto it for so long? Why is now the time to sell instead of in a couple of years' time? ? WHO (which moron) IS GOING TO BUY THIS?!

The man in question has optimistically started the bids for his cheeseburger and fries at £22.50/$29.99.

"That the food, purchased six years ago and stored on a shelf, is 'surprisingly decent looking still.

The fries are stunningly good looking. The fries look like they were purchased this morning,

The burger itself has darkened a little bit. The bun is about as hard as a hockey puck, but it looks just like it's brand new cosmetically." 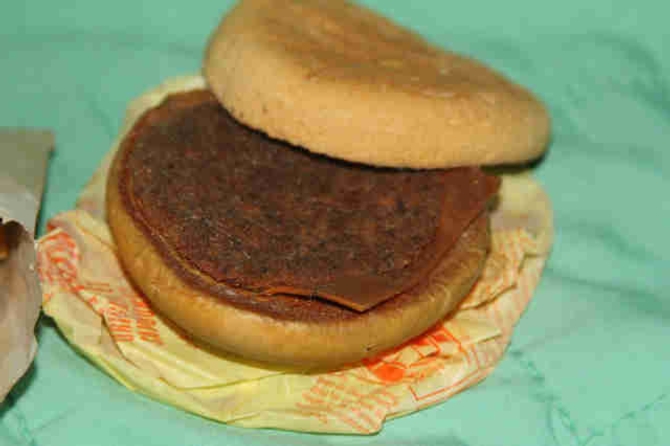 Right. You're definitely not going to buy / eat this sh*t, not even if someone paid you for it, so what on earth does he expect you to do with it?

After speaking to him, the real story behind his purchase has come out.

Alexander had heard that fast food burgers can last for years without going blue and fuzzy, and wanted to test the theory out, so he sent his daughter out to buy the food on 7 June 2012.(Which is London olympics time)

"We live in the country and we've never seen a fly land on it. Ever, It basically has petrified itself. It looks very sellable.

He put a handmade burger and chips next to the McD's version as a comparison - that burger turned to something that looks like piece of charcoal.

Still fancy that Maccies, do you?