An elusive monster saltwater crocodile weighing 1,328 pounds (over 94 stone) has finally been caught after an eight-year hunt in Australia

The 15-foot beast was found in a trap downstream from the northern outback town of Katherine after first being spotted in 2010.

Authorities had tried in vain for years to bag the croc, which is estimated to be 60 years old. 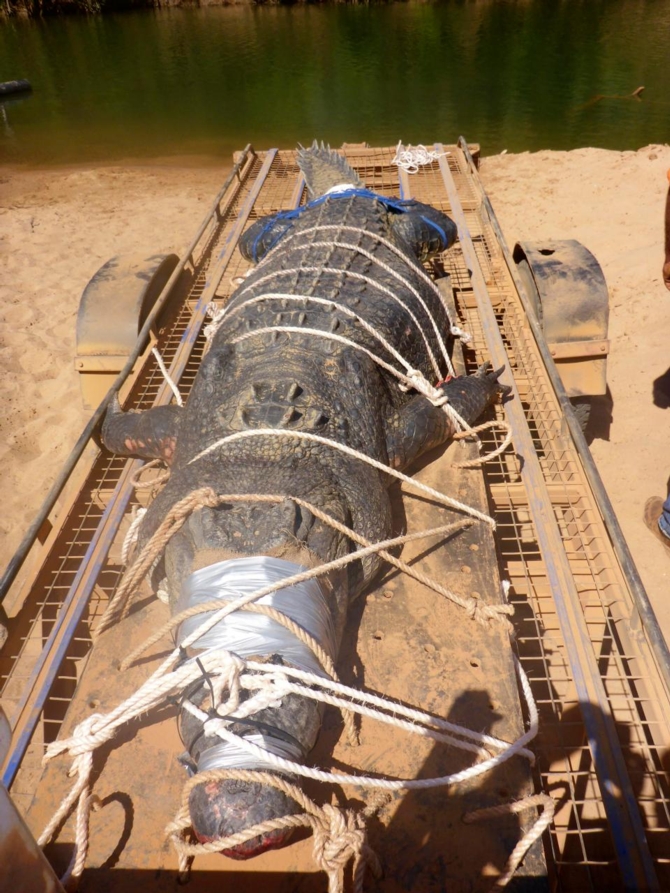 It is a bit of a thrill, but you've also got to admire the size of the animal and how old it is. You've got to have a bit of respect for it.

We average a 4.2 metre croc most years, but never this big.

When they are this big we just sedate them, so there is no chance of us getting chomped."

But, getting a hold of a crocodile that is nearly 5m long and weighs over 600 kilograms is not actually as difficult as one might expect, according to Ranger Burke.

We put traps in, conducted numerous spotlight checks over the years ... He was was just much smarter than us. 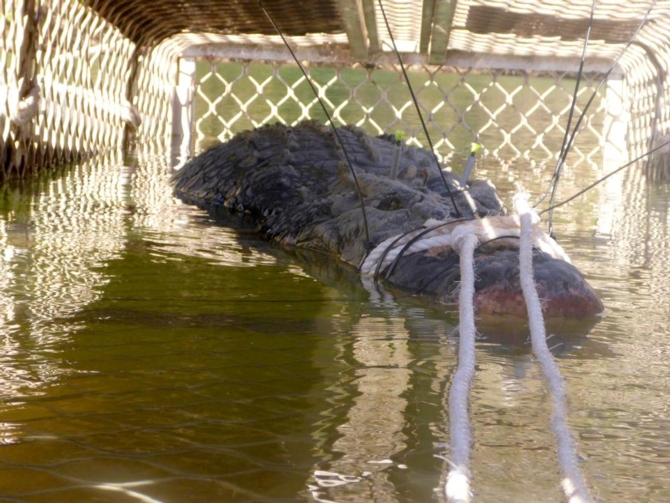 By putting a dent in the population, we are safeguarding the Katherine town. It is about reducing the total number overall and the chance of human interaction.

The really big ones are a bit like an annoying granddad, they like their own space and if you introduce a female, he'll just eat her up.

We still need to get the other two. Winter is the best time to see them as they'll be basking in the sun. We just have to let the traps do their work."

People forget crocs can walk. Just because the river level is low, does not mean the area is safe to swim. 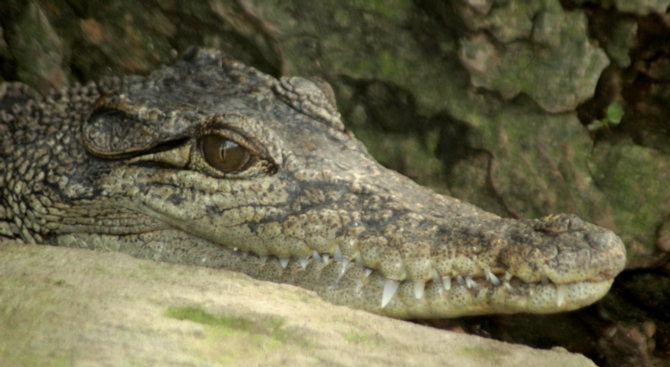 "The animal was taken to a crocodile farm to keep it separate from the local human population,

He is the biggest crocodile ever removed from the Katherine River by the Wildlife Operations Unit,"

Saltwater crocodiles are a common feature of Australia's tropical north and kill an average of two people a year.

The crocodile population has exploded since they were declared a protected species in the 1970s, with the killing of an elderly woman last year.